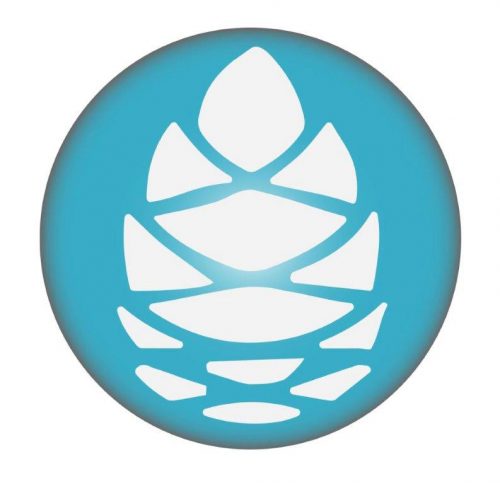 Active Health Foundation wants to contribute to “healthy people and a healthy world”. In its logo, the aspects of universality, health and the development of awareness are united in the pine cone symbol and the turquoise colour.

Health as a universal, connecting value

The pine cone refers to the pineal gland or epiphysis: a small, light-sensitive gland in the centre of our brain. It is developed from the so-called third eye and is involved in the hormone production of serotonin and melatonin, among other things. Serotonin is a neurotransmitter that affects our emotions, mood, appetite, self-confidence, sleep and sexual activity. Melatonin regulates our circadian rhythm (sleep/wake rhythm) and the larger seasonal rhythm. In short, a gland the size of a pea but essential for our health.

The pine cone also appeals to “universality” because it appears in various cultures and traditions throughout the centuries, often in the guise of the pine cone or third eye. Some examples: the all-seeing “eye of Horus” in Egyptian mythology and the “eye of Shiva” in Vedic literature/Hinduism/Buddhism, the Greek god Dionysus and the Pope with a pine cone on their staff and the influential French philosopher Descartes who referred to the epiphysis as the “seat of the soul”.

Development of consciousness towards an integral, inclusive view

The colour turquoise refers to the development of consciousness on an individual and collective level. An example of thinking about the development of consciousness and value systems is the Spiral Dynamics model. In this model, the colour turquoise symbolises the awareness level in which everything is looked at from a holistic, integral perspective. That is to say, everything – man, organisation, world – is seen as one entity with interdependent, mutually influencing parts. It is also a level where we have an inclusive view of life; everything and everyone matters. In this state of consciousness we act from altruism, feel the interconnectedness with each other (one world) and combine life in the now with realising positive changes elsewhere and in the future.