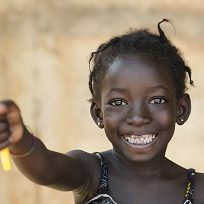 “Healthy people and a healthy world”, every person generally agrees with that. But how should you act as an individual and collectively if you want to contribute to a situation of “healthy people and a healthy world”? What is the basis of your choices? There are many starting points to be found in literature and research. We will highlight two that have been important for the content of the document “Ethical compass”.

Not-knowing: absence of infallible indicator sets and data does not provide an ethical answer

Observation: there are no infallible indicator sets on which “just action” can be based and datasets do not tell what “just action” is. Reports such as the progress of the Sustainable Development Goals (SDGs) in the Netherlands show that there are no infallible indicator sets. Much attention is paid to the selection of indicators, but recent, high-quality data (valid, reliable, internationally comparable) is not available for all indicators. Moreover, good scientific datasets are as objective as possible. They provide information on the basis of which the individual and the collective (politics, society, business) can make choices about what “just action” is to achieve a situation of “healthy people and a healthy world”. Choices that are based on basic principles with an ethical dimension. The question is which basic principles would be best to follow if you want to contribute to the health of people and the planet?